This will put a lot of T in your TGIF! Channing Tatum will be on the cover of the May 25 issue of Entertainment Weekly. 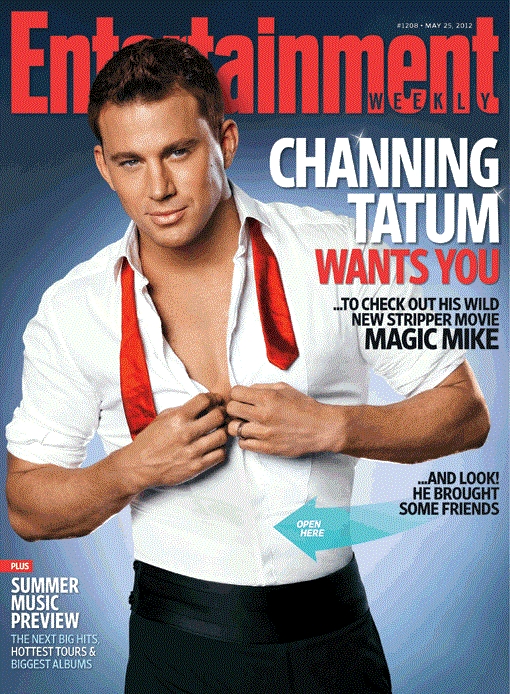 In honor of Channing Tatum, the star of 21 Jump Street and The Vow whose stint as a stripper inspired Magic Mike (out June 29), this week’s cover does a little striptease of its own. Once you’ve taken in the sight of Tatum looking dapper all by himself, the flaps open to reveal a photo of him with his Magic Mike pals Matthew McConaughey, Joe Manganiello (True Blood), and Matt Bomer (White Collar), all of whom play dancers at a male revue in the R-rated drama, directed by Steven Soderbergh.

There’s also a video of Matthew McConaughey and Tatum on the EW website. I didn’t pay much attention to what they were saying partially because they were rambling and partially because I was too focused on Matt in an A-Shirt and cowboy hat. Yee-Haw!