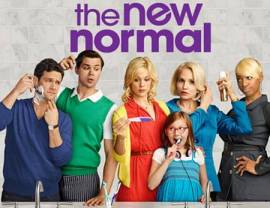 When I first heard about NBC’s The New Normal, a comedy about a gay male couple that hire a surrogate to have a child, I thought that it would be stereotypical. I thought it would feature A-Gays; those GWMs (gays with money) that live far beyond the means capable of many of us in the community or that it would it play high farce; presenting us with the flamboyance of Will & Grace’s Jack McFarland times two.

When I saw the trailer, I thought ‘This has the potential to be a good show.’ Now, having watched three episodes, I can say The New Normal has a chance at being NBC’s next comedy hit. A modern-day successor to Norman Lear comedies that explore social issues through a prism that is both light and touching. The best example of this is the episode ‘Baby Clothes.’ During the episode the gay male couple, Bryan and David, are confronted by a bigot after they kiss (chastely) in a clothing store. The writing managed to address the topic without becoming too sappy or serious. If they can keep this up, they’ve got a hit on their hands and we can expect to see the baby, who is the catalyst for The New Normal around through at least elementary school.

1 Response to NBC’s ‘The New Normal’ Has Hit Potential