Hot Damn were the two words that came to my mind when I saw the below advertisement with Brantley Gilbert. 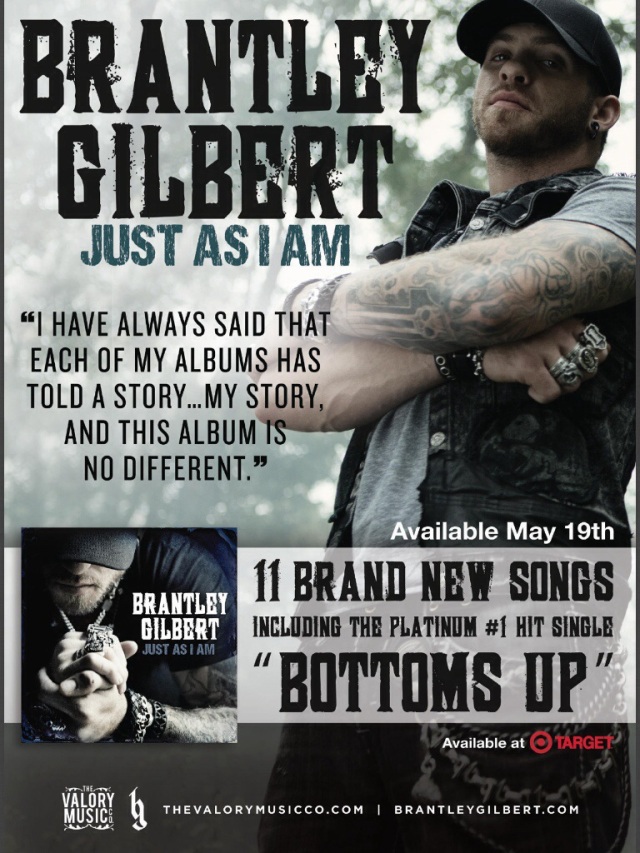 I like that the photo is taken from a lower angle looking up at Gilbert. It’s something more interesting than a straight-on shot or half-face shot. I like the bit of attitude that he’s got in his face. I like the tag line of ‘Just As I Am’ under his name. It puts into words the attitude of the look and stance that he’s got, which is a bit of a ‘I don’t really care what you think of me’ look. Just goes to show ya that a photo can knock you out without being a glamor shot. And that presence is just as sexy as looks.