LGBT History: Freedom of the Press and a LGBT Publication 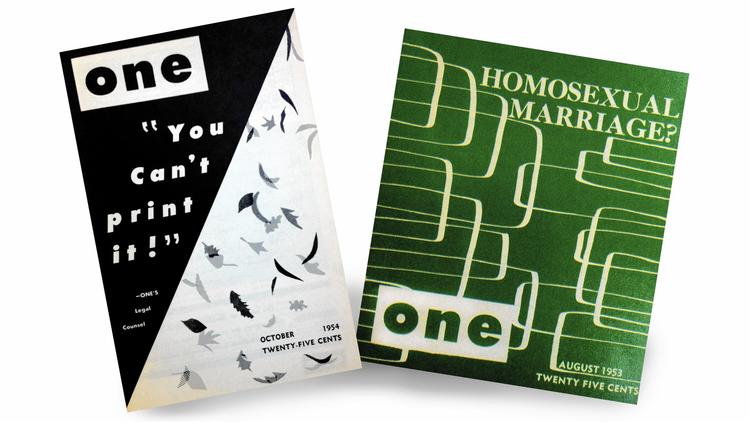 photo via the ‘LA Times’

David Savage from the LA Times author a piece from our gay history. ONE Magazine, a 1950s Los Angeles gay publication, was considered obscene by the post office who refused to mail it. The publishers filed a lawsuit, eventually going all the way to the Supreme Court, who ruled in ONE’s favor:

…the story of ONE vs. Olesen, hailed by the gay rights movement as a forgotten landmark, remains “the seminal gay rights case in America” because it extended free speech protection to the gay press, said Jonathan Rauch, a scholar at the Brookings Institution. “It put gay people on the path to freedom.”

Eric Julber, now 90 and living with his wife in Carmel, Calif., is a surprising hero in the ONE saga. A new attorney with an interest in civil liberties, he was asked to write an article for ONE about the threat of government censorship and how to avoid it. His piece, titled “You Can’t Print It!,” became the cover story of the October 1954 issue — and the second target of a postal service seizure.

Julber, who was 30 at the time, promptly agreed to represent the magazine’s editor pro bono.

“I said I would take their case, and I wouldn’t charge a fee,” said Julber, who grew up in Los Angeles, where his musician father worked at a Hollywood studio. “I thought they had a strong case. They were not running a night club. They were writing a magazine. It was a very conservative magazine. It was just the subject matter — homosexuality — that made it ‘obscene.'”

Few other legal experts at the time agreed. Fellow attorneys ribbed him for representing a gay journal and predicted no judge would take his side. Even the American Civil Liberties Union office in Los Angeles rebuffed him.